Medfield Citizens of Arts and Letters 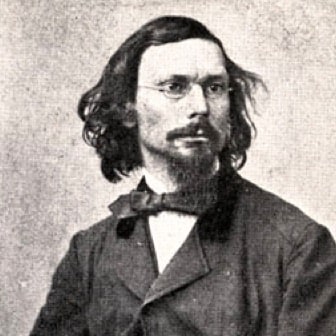 Inness, George, 1825-94, American landscape painter, b. Newburgh, N.Y. His father intended Inness to be a grocer, but he showed artistic talent at an early age and was apprenticed to an engraver. In 1845 he opened a studio in New York City, devoting himself to painting, and two years later with a friend’s aid was able to go to Rome. He made a subsequent visit to Rome in 1851, and in 1854 he and his wife went to Paris. On their return they settled in Medfield, Mass. There Inness painted many of his best-known canvases. In later life he enjoyed a high reputation, maintaining stu dios in New York City and in Montclair, N.J., where most of his last 20 years were spent. The early work of Inness is in the manner of the Hudson River school. His panoramic Peace and Plenty (Metropolitan Mus.) is characteristic of this period. But in a short time he discovered his own person al style, which became simplified, freer, more intimate, and richer in color. In the landscapes of the 1880s and 90s, edges frequently dissolve into the air, merging in a painterly haze. In these later works his subjects, covering a wide range of light effects, became a vehicle for the expression of a romantic mood. Inness was a Swedenborgian and consistently sought the mystical in nature. Among his principal works are Rainbow after a Storm and Millpond (Art Inst., Chicago); Delaware Valley, Autumn Oaks, and Evening—Medfield, Mass. (Metropolitan Mus.); June (1882; Brooklyn Mus., N.Y.); and Georgia Pines and Niagara (National Gall. of Art, Washington, D.C.). Many of his other works are in the collection of the Montclair Art Museum.

Landscape artist George Inness first came to Medfield in 1859. Coming into Medfield he peered out the stagecoach window at the broad meadows, trees and marshlands that he would immortalize in so many of his paintings. Since studying and painting in the art centers of Europe, the then 34-year old Inness had begun to develop his own unique style which broke all the traditional rules for landscape painting.

Inness, his wife Lizzie and their five children rented the house which still stands today at 406 Main Street and the artist set up his studio in the barn behind the house. One of the paintings he did, during what Inness called the “Medfield Period” of his life from 1859-1864, was a landscape entitled “Summer, Medfield, Massachusetts.”

Inness was noted for independence of thought and a willingness to cast off whatever he felt was superficial. He sketched out of doors and then painted from sketches and from memory in his studio. His work is represented in the collections of many American art museums. Perhaps Inness’ most famous work, “Peace and Plenty,” is a scene of the meadows and trees surrounding the Charles River. He left Medfield for Eaglewood, New Jersey in 1864. “Medfield,” he said,” was the peace haven, which allowed me to develop my own individual style from the ideas and inspiration of my European studies.” Inness died in 1894 in Scotland. 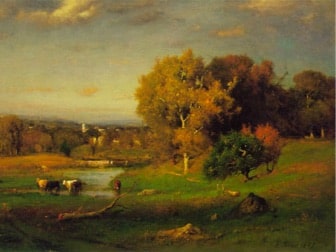 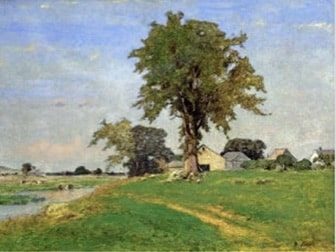 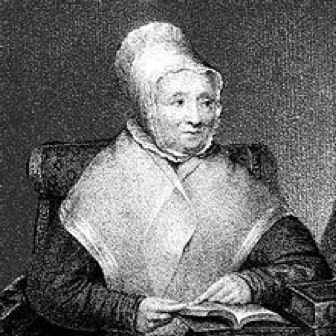 ADAMS, Hannah, author, born in Medfield, Massachusetts, in 1755; died in Brookline, 15 November, 1832. She was the first woman in America who made literature a profession. Showing at an early age a fondness for study, she acquired a fair knowledge of Greek and Latin from divinity students boarding with her father, who was himself a man of literary tastes. He became bankrupt when she was in her seventeenth year, and she and her brothers and sisters were obliged to provide for themselves. During the war of the revolution she supported herself by making lace, and afterward by teaching. She was a woman of varied learning and indomitable perseverance. Her principal work was a “View of Religious Opinions” (1784), in which she gave a comprehensive survey of the various religions of the world. It was divided into: 1. An Alphabetical Compendium of the Denominations among Christians; 2. A Brief Account of Paganism, Mohammedanism, Judaism, and Deism; 3. An Account of the Different Religions of the World. The work passed through several editions, and was reprinted in England. In the fourth edition she changed the title to “Dictionary of Religions.” She wrote also a “History of New England” (1799) and “Evidences of Christianity” (1801). Her writings brought her little pecuniary profit, yet they secured her many friends, among them the Abbe Grogoire, with whom she carried on an extensive correspondence, and also received his aid in preparing her “History of the Jews” (1812). In 1814 she published a Controversy with Dr. Morse,” and in 1826 “Letters on the Gospels.” She was simple in her manners and of rare modesty. A voyage from Boston to Nahant, about ten miles, was her only journey by water, and a trip to Chelmsford her farthest by land. During the closing years of her life she enjoyed an annuity provided by friends in Boston, and at her death was buried in Mount Auburn, the first person whose body was placed in that cemetery. Her autobiography, edited with additions by Mrs. Hanah F. Lee, was published in Boston in 1832. 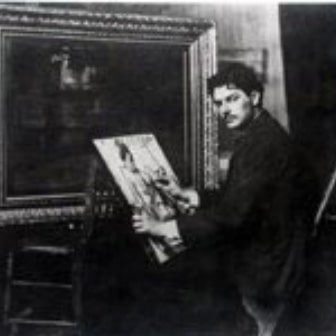 Impressionist artist Dennis Miller Bunker (November 6, 1861 – December 28, 1890) was brought to Medfield by friend and B.S.O composer and concertmaster, Charles Martin Loeffler. Bunker fell in love with Medfield because he felt it resembled the Thames countryside outside London and the country side near Giverny, France, where Monet painted. The flat land’s willow and apple trees were common elements to English, French and Medfield landscapes. Bunker learned his impressionism in England with John Singer Sargent and while spending a summer painting with Monet. But it was in Medfield, where Bunker found his stride. According to Bunker, no other place had affected him like Medfield. The Medfield landscape inspired him to do his best work. He produced serious paintings of Medfield marshes, capturing changes in the light at different times of the day, much like Monet. Bunker’s paintings in Medfield include “Roadside Cottage,” The Pool” and “The Brook at Medfield,” now all in the collection of the Museum of Fine Arts in Boston. Bunker completed more paintings in Medfield than anywhere else. In 1890 Bunker was offered a teaching post at the Metropolitan Museum of Art in New York City. There on Christmas Day, Bunker became ill of the influenza and died. At age 29, Bunker was called the most promising artist of his generation. 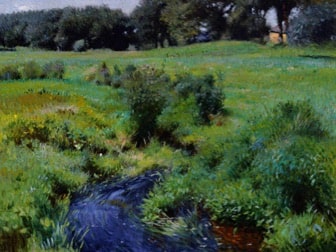 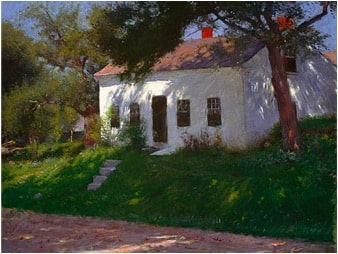 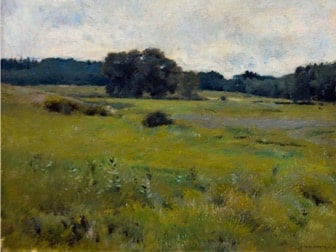 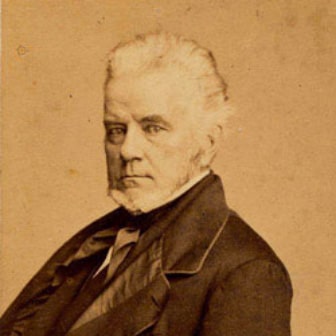 Lowell Mason was born and brought up in Medfield. He went on to lead Medfield’s First Parish Church choir at the age of 18 and he began teaching at the singing schools. In 1812 he journeyed to Savannah, Georgia and became the leader of the choir and later the superintendent of that cities first Sunday school. During his time in Georgia he became widely known as a teacher of music and leader of choral societies. Her returned to Boston where he published his first singing books. Here he began a movement for the instruction of children in singing which resulted in the introduction of musical instruction into the public schools. This movement led to music becoming an important part of the curriculum in every public school in America. Because of his efforts, Lowell Mason is given the title of ”Father of Music in the American Public Schools.” Mason went on to become conductor of the Handel and Haydn Society, where he established the Boston Academy of Music, the first chartered music school in this country. In 1855 he received the degree of Doctor of Music, the first such degree ever issued by an American college. His more than 40 musical publications include “Nearer My God to Thee,” “America,” and “Joy to the World.” 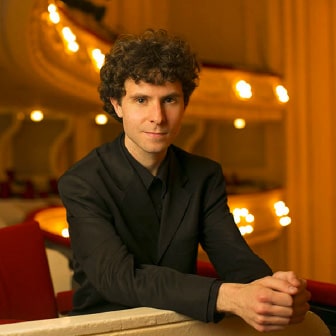 (born April 4, 1990) is an American composer, conductor, pianist, and writer best known for his operas. Aucoin has received commissions from the Metropolitan Opera, Carnegie Hall, Lyric Opera of Chicago, the American Repertory Theater, the Peabody Essex Museum, Harvard University, and NPR’s This American Life. He was appointed as Los Angeles Opera’s first-ever Artist-in-Residence in 2016. He is a 2018 MacArthur Fellow.

Aucoin was born and raised in the Boston area. While attending Medfield High School, where he graduated in 2008, Aucoin was the keyboardist in an indie rock band, Elephantom. He attended Harvard College, where he studied poetry, graduating summa cum laude in 2012. His mentors at Harvard included Jorie Graham and Helen Vendler. While an undergraduate, Aucoin conducted productions of Die Fledermaus and Le Nozze di Figaro with the Dunster House Opera Society, now known as Harvard College Opera. Aucoin then received a graduate diploma from The Juilliard School, where he studied with composer Robert Beaser. Concurrently, he served as an assistant conductor at the Metropolitan Opera. Between 2013 and 2015, Aucoin was the Solti Conducting Apprentice at the Chicago Symphony Orchestra. 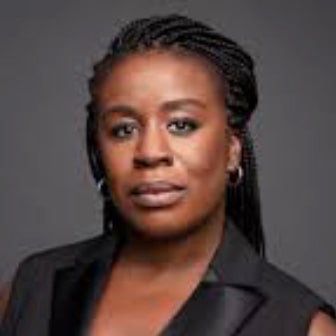 (born February 10, 1981) is a Nigerian-American actress. Uzo Aduba grew up in Medfield, Massachusetts, and graduated from Medfield High School in 1999.

Uzo Aduba appeared in films including American Pastoral (2016), Showing Roots (2016), My Little Pony: The Movie (2017), Candy Jar (2018) and Miss Virginia (2019). In 2020, Aduba played Shirley Chisholm in the Hulu miniseries Mrs. America, for which she won a Primetime Emmy Award for Outstanding Supporting Actress in a Limited Series or Movie and the Critics’ Choice Television Award for Best Supporting Actress in a Movie/Miniseries. 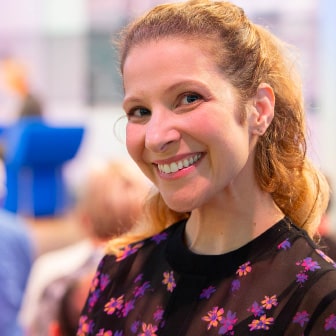 Grew up in Medfield, Massachusetts and currently lives in Milan, Italy. Her work has appeared in The Paris Review and she is the recipient of a 2017 Whiting Award for Fiction. Asymmetry is her first novel. The novel has received critical acclaim with The New Yorker calling it “a literary phenomenon” and The New York Times including it in the list of “15 remarkable books by women that are shaping the way we read and write fiction in the 21st century.” Barack Obama included the book in his list of best books from 2018. 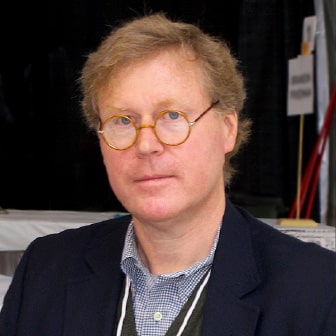 (born September 1, 1952) is an American writer, journalist and editor who was managing editor of The Atlantic magazine from 1985–2006.

He was born in New Rochelle, New York, in 1952, a son of illustrator and cartoonist John Cullen Murphy. He grew up in Greenwich, Connecticut. He was educated at Amherst College, from which he graduated with honors in medieval history in 1974. Murphy’s first magazine job was in the paste-up department of Change, a magazine devoted to higher education.

He became an editor of The Wilson Quarterly in 1977. From the mid 1970s until 2004 he worked with his father, John Cullen Murphy, as writer for the comic strip Prince Valiant, for which his father produced the artwork. He is also the author of The Word According to Eve: Women and the Bible in Ancient Times and Our Own (1999); Are We Rome? (2007), which compares the politics and culture of Ancient Rome with that of the contemporary United States; God’s Jury: The Inquisition and the Making of the Modern World (2012); and Cartoon County: My Father and His Friends in the Golden Age of Make-Believe (2017), a history of the cartoonists and illustrators from the Connecticut School.

He currently serves as editor at large for Vanity Fair and lives in Medfield Massachusetts. He is on the advisory board of the literary magazine The Common, based at Amherst College. He has three children: Jack, Anna, and Tim.

The gallery presents five to six art exhibitions a year featuring a wide variety of emerging and established artists from the greater Boston New England area.

The Zullo Gallery Center For The Arts presents art classes for adults and children throughout the year. Discover what program would be right for you.

Please help us raise the funds necessary to renovate our space, expand our programs, and continue to offer a Center for the Arts for the community.